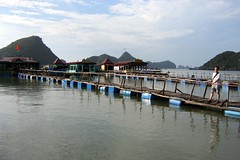 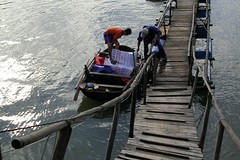 The floating bridge were steep off the side of island, also served as pier for small boat 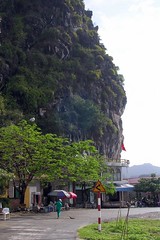 Cat Ba Island is adjacent and geologically similar to the islands and peaks of Halong Bay but sperated by a broad channel. It is an impressive array of limestone mountains, overgrown with jungle. 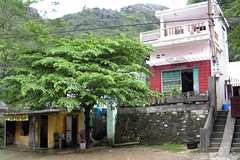 We’re promised 2 hours on Cat Ba Island from Ha yesterday, but it was reduced to mere 30 minutes due to everybody didn’t want to wake up, including the crews and also misunderstanding that caused by some crews that said we were not allowed to the island. So we just wondered around the wharf area. The houses here were similar to those in Hanoi, which are generally narrow in width but long, to pay less tax during old time. 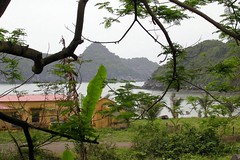