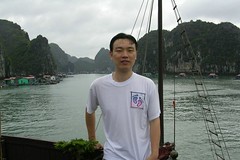 Headed back to Halong Cit to back to Hanoi, while the junk brought us to ‘other part’ of Halong Bay. There were lots of floating villages here. 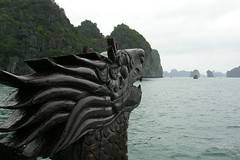 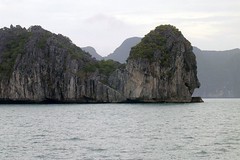 The Halong Bay limestone outcrops got every kind of shape you can think of. Here it looks like human face from the side? 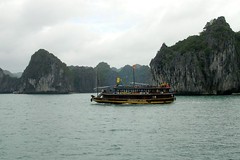 The main disappointment during our trip of Halong Bay was lack of the junks’ sail to complement the beauty of Halong Bay. 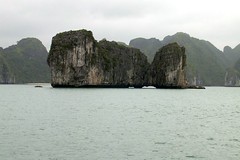 Some limestone and dolomite rock islets have opening at water level. Some can be kayaking thru. Some is the only way to go the enclosed secret lagoon behind it. 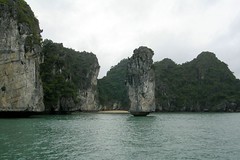 Pillar like rock formation, with the bottom level at sea level been corroded by sea water. 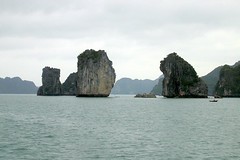 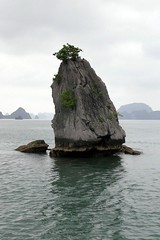 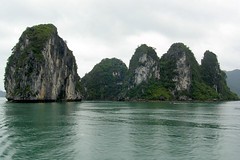 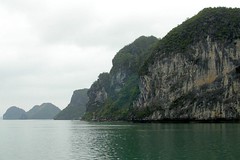 Magnificent Halong Bay where island itself is a limestone mountain that rises above the sea. And there is mountain after mountain. 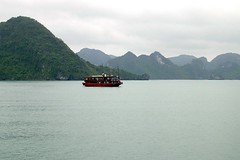 Halong Bay with its calm water. Halong Bay really acts as a shield that stops all the violent wave, so it’s hard to get sea sick in Halong Bay. Initially the route that the junk took was so close to open sea that the junk was swinging up and down, and soon I got sea sick. But once the junk was surrounded by Halong Bay unique limestone islands, it became stable again.